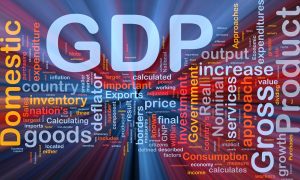 The performances of indian stock market markets are seriously influenced by a host of reasons. From government reforms and policies to quarterly results of the company, every aspect mentioned in this post has a strong bearing on stock index performances.

All is not well in the Indian Economy and also in Indian stock market.

After almost kissing the 39,000 mark, the BSE Sensex is in suddenly got in the correction mode.

There are a plenty of major macro concerns and uncertainties plaguing the Massive Indian bull run.

Some of the Key macro concerns include :-

Falling Indian rupee against the US dollar

The Indian rupee is now the worst-performing currency in Asia also at its life time low till today’s date. A falling rupee further increases the import bill and increases inflationary pressures on the economy.

Rising interest rates in the US as well as India

After years of quantitative easing (QE), ultra-easy monetary policy and near-zero interest rates, the US Fed has been on verge of raising interest rates in quarters to come. The interest rates on the 10 year US treasury bonds are hovering around the 3% mark. This has resulted in an exodus of capital flow back into dollar denominated assets. Foreign investors have been dumping Indian equity and debt instruments.

And good times are also gone and so has the interest rate cycle has reversed in India too. In June 2018, the RBI raised the monetary policy interest rates for the first time in four years. For four years, the central bank had either reduced interest rates or maintained status quo.

Higher interest rates are also not good for capital investments and corporate profitability.

Trade war between the US and China

The US-led trade war against China have escalated tensions and uncertainty in global trade. Since March 2018, US President Trump has been sounding the trade war bugle by announcing protectionist measures and tariffs on imports of various goods. Being the biggest importer in the world, such protectionist measures and manipulative trade policy by the US will be every negative and global threat for global trade and market.

Election year uncertainty
The 2019 general elections are just eight months away. If the Modi-led BJP government fails to win another mandate or also fails to get a commanding majority, it will weigh negatively on the markets. Also, there are concerns that the government may take populist measures to woo the vote bank and adversely impact fiscal health by widening fiscal deficit.

From last few years, the Indian banks specifically has been grappling with the Non Performing Assests (NPA) crisis. And every time you think it’s that it is improving, there’s more mess gets indentified.

On Friday, the Indian stock markets had a massive bloodbath as the shares of NBFCs, particularly housing finance companies like DHFL, came under sudden heavy selling pressure. One of the reasons for this sell-off was linked to the recent financial stress in the Infrastructure Leasing & Financial Services (IL&FS) Group.

Even indian citizens though its a good step to stop corruption but though the impact of demonetization has created fresh challenges in the informal sector, which transacts mainly in cash. Increase or Decrease in Money supply in any economy has a considerable effect on the other macroeconomic variables, depending on the strength of the money multiplier.

As it was one of the major reforms in Indian taxation there were lot of loopholes and bottlenecks. And due to the complexity of Good and services tax it has made adverse affect on business and profitability and as a result The quarterly results of a company have great bearings upon its stock price. If the results are better than expected, then the stock price goes up and if the results are poor, the stock price can immediately fall.

Lofty valuations
While on one hand, the Indian corporates are on the path of earnings recovery, there’s bad news coming from many fronts that’s which is proving to be a big blow to the market.

But it’s important to recall the flood of domestic liquidity and optimism had pushed stock prices to the sky. Indian stocks were trading at unsustainably expensive valuations.

The ongoing market correction has brought several stocks down to more reasonable and attractive valuations.

What should you do now – take advantage of the ongoing correction and buy stocks now OR wait for an even deeper correction?

When I say that many stocks have come down to relatively reasonable valuation levels, it doesn’t mean they cannot correct further.

The concerns which are hurting or scaring the markets right now are unlikely to disappear overnight but sooner or later things will improve down the line.

So, there could be more pain in the short to medium term if the macro picture gets more worse.

But that’s beyond our control and nearly impossible to predict.

When we were in the middle of the massive bull run in 2017, had anybody expected or alerted that some major macro economic factors will turn negative in 2018?

Then why waste time over factors that are out of our control? Instead why not pay more attention to things that are within our control?

So, what’s within your capacity and in control?

The price you pay for the stocks.

So, if you have a long-term view and the strong appetite for volatility, I want to tell you that the valuations will be very soon become favorable.This is not the time to get panic or rush for the exit, but to go for a quality research and do bargain hunting.