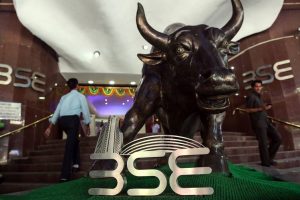 What happened all of sudden after Nifty and Sensex hits all time high?

Everyone knows that on a macro level there has been worried CAD, Rupee depreciation and inflation will be on a higher side due to rise in global crude oil prices.

At the domestic level, India faces worsening current account deficit which is mainly influenced by rising oil prices and the strengthening American dollar.

Let me explain in very simple terms why the current account deficit that is a serious issue to be addressed by the Indian government and i am also so much worried about nowadays.

The current account measures the flow of goods, services, and investments in and out of an economy. India has traditionally been a net importer goods and, hence, runs a current account deficit.

Why is the current account an important macro variable to look at?

We can also see in a simple way our Balance of Payments India is having means what India is importing and exporting. It impacts the value of the currency. If the current account deficit or balance of payments gets wider, the currency bears the brunt of it. That’s exactly what has happened…

And given the case of rising crude oil prices and strengthening US dollar, India’s current account deficit is getting worse and unfavorable.

As you know i just tried to explain about balance of payments, so here is an example India currently imports about 80% of its oil requirements. Our total import bill of crude oil and petroleum products stood at a little over US$ 100 billion during the financial year 2017-18. That’s about 4% of India’s GDP. And vice versa Indian is not having any major exports where it can offset the burden of massive oil import bill. So on a net basis our payments due to imports is greater than our exports.

During the same year, India’s trade deficit jumped to a five-year high of US$ 160 billion (increase of 42% year-on-year). A trade deficit is a situation wherein imports exceed exports.

This gives us a clear picture that crude oil imports have a significant impact on India’s current account deficit.

With global crude oil prices close to US$ 80 per barrel again, it’s a matter of real concern for import-dependent economies like India.

India’s total import bill of crude oil and petroleum products for April-July 2018 was US$ 44,363 million, registering a jump of 55.6% year-on-year (See more in the Chart of the Day section).

The troubles for India are further accentuated by the strengthening dollar, as the USD-INR exchange rate collapses to a new record low of around Rs 73 per US dollar. It means that the import bill for India is set to get more worrisome.

Between April and August 2018, foreign investors have sold Rs 569.6 billion worth of equities and debt instruments.

How is it then that the Indian stock markets have not witnessed a major sell-off? The reason is the flood of domestic liquidity that has kept the Indian markets still stable and attractive in the face of the exiting foreign investors.

My other concern is that rising crude oil and the depreciating rupee could also have an adverse impact on the fiscal deficit.

Now, you may point out that petrol and diesel prices are deregulated some time back. Then also why would rising crude prices is burdening the fiscal deficit so long as the Government keeps on passing the increases in crude prices to the end consumer?

As far as petrol and diesel prices are concerned, it’s true that the prices of these fuels have been deregulated. The government doesn’t subsidise them like before, and hence, doesn’t have to bear the burden of rising prices.

But the real thing is that not all petroleum products has been deregulated. Liquified Petroleum Gas (LPG) and kerosene are still regulated and subsidised. In the Fiscal Budget 2018-19, the central government had budgeted LPG subsidy of Rs 20,377.8 crore and kerosene subsidy of Rs 4,555 crore for the ongoing financial year. So, the total budgeted petroleum subsidy for the fiscal year has been Rs 24,932.8 crore, budgeted at 0.5% of government expenditures.

Given the rise in international crude oil prices and the additional impact of a falling rupee, this subsidy bill is also set to go higher.

So, even if the government doesn’t cut excise on petrol and diesel, rising oil prices do have an major impact and dent on the fiscal deficit.

In fact, ratings company Moody’s Investor Service recently published a report stating the central government is likely to miss its fiscal deficit target in 2018-19 due to higher than budgeted oil prices and rising interest rate scenario. It must be noted that the government has set the target of reducing fiscal deficit to 3.3% of GDP in 2018-19 from 3.5% of GDP in the previous fiscal year.

So, will the government cut excise duty on petrol and diesel?

It has been recently reported that one of the top finance ministry officials has said that the government will not give any relief by reducing excise duty on petrol and diesel as it has limited fiscal space available to take any dent in revenue collections.

In that scenario, there is a risk that higher fuel prices will set the inflation meter rising beyond the RBI’s comfort range of 6% and that will trigger rise in interest rates.

This all the major macro issues are finally arising when there was signs of good improvement in Indian corporates earnings.

So, will crude oil and rupee play spoilsport to the Indian bull run?

I don’t think we should jump to any conclusions and try to give a second thought to the markets. Because while these factors are a big negative for the Indian economy, there are certain sectors and companies that tend to benefit from these trends such as IT and Pharma.

The fourth bi-monthly monetary policy statement for 2018-19 is scheduled to be presented on 4 October 2018. I’m going to keep a watch and see how the RBI governor Urjit Patel is giving future guidance and macro scenario about the economy which will be evolving in the coming days and months.

The most important thing you must remember is that this is not an ordinary year, it’s an election year. So, it will be interesting to see how the Modi government balances between taking steps to gain political mileage by becoming more populist and on other hand addressing the emerging economic issue and challenges.

The sharp drop in crude oil prices and also with declining inflation. This helped Reserve Bank of India to lower interest rates.

Such a benign inflation and interest rate environment was ideal to revive the investment cycle and the economic growth engine. The Indian stock markets gave a big thumbs-up to these favourable monetary policy and economic factors.

But now, just when the economy is on the verge of revival and indian general elections are coming closer Modi’s ‘best friend’ is betraying him and see Crude oil prices are rising.

And it is hardly any wonder that the rupee has been tumbling lower and it currently at a life-time low against the US dollar.

As now as days passes by we are coming closer to major assembly elections in three states and General elections in May 2019, it will be interesting to see how the government balances to these economic shocks and how market participants react in the stock markets.

The markets are still clueless.

You see, a lot of good NBFC stocks have been caught up in the correction triggered by these events…and in my view, unfairly. That’s because IL&FS’s exposure to India’s debt and bank loan market is not significant.

What has happened at IL&FS it normally in long term does not affect the long-term prospects of well managed companies in the financial sector.

And I believe that at these levels, it could be an excellent wealth creation opportunity for those who believe in long term investing and do not get influenced by market’s sentiments and moods .

Just get one thing clear, that there could be even more correction in the short term before the some good rally and higher upside is expected.

And that’s the reason where you have to clearly differentiate between risk and volatility. While the risk what you take has chance of permanent loss, and other hand volatility could be your best friend if you know how to play and ride it to your advantage.

And frankly speaking that you will not get a better chance in the Indian stock markets to get the maximum advantage of volatility than now. Make sure you that you make the best of it.