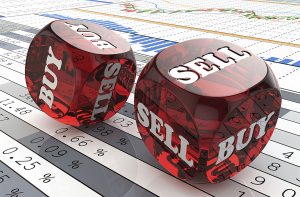 September 2018 was one of the most scariest and worst months for Traders and Investors had seen as benchmark indices fell more than 6 percent and broader markets corrected 12-16 percent. The brutal sell-off started immediately after the frontline indices hit record highs on August 28 and since then both Sensex and Nifty plunged more than 12 percent.

The sharp fall and massive depreciation in Indian rupee along with emerging markets currencies, rising global crude oil prices, trade war tensions, lots of mess up in NBFCs and financials on IL&FS-led liquidity fears or bankruptcy issues and surprise Reserve Bank of India repo rate pause are among key reasons for bears to take charge on Dalal Street.

Foriegn Institutional investors also became net sellers in September and sold around Rs 9,600 crore, taking their total outflow to Rs 29,000 crore since August. But this panic selling and blood bath in Indian stock market turned into the mega opportunity or Big bang Diwali sale for many investors who believe in India’s fundamentals and improving corporate earnings.

Among them were domestic institutional investors, including mutual funds who have been net buyers since August 2016 in equity markets.

Mutual Fund inflows into equity oriented funds, which was a great matter of concern in July-August due to massive correction, doubled in September to Rs 14,100 crore from Rs 6,800 crore in August. In fact, the flow was at almost 3 months high, though the equity asset under management (AUM) declined marginally during the month to Rs 10.16 lakh crore due to steep correction in equity markets.

Indian Stock market also recieved huge fund flow from systematic investment plan (SIP) into equity, which has been the best preferred option from small and long term investors to do it as they are scared of market volatility, increased to Rs 7,727 crore in September.

“Mutual Funds industry assets also showed de-growth to Rs 22 lakh crore, on the back of volatile markets in September and large outflows from liquid funds.

Top Sell-Off in Stocks which was seen by huge selling by Mutual Funds were in Dewan Housing, PC Jeweller, HDFC AMC, Reliance Capital and Tata Communication during September.”

Did you know that BSE Midcap index has shown huge slump of 22 percent and Smallcap lost 28 percent while the 30-share Sensex was flat.

Stocks in both midcaps and largecaps corrected between 10 percent and 70 percent Year Till Date. Some of them even hit new 52-week lows in the current massive huge correction in 2018.

Mid & Smallcaps are now trading at 25-40 percent cheap and at a reasonable valuations compared to the frontline counters, hence hunting or doing bottom fishing is difficult and one thing that investors atleast 2 years investment planning, can start adding into mid & smallcap segment gradually at every levels to generate extra edge in your portfolio.