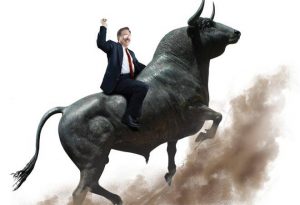 PSU Buybacks – Investors Give Thumbs Up To All Public Sector Undertakings

A buyback lots of time helps you to provides a strong signal or better analysis about the health of a company. It show that the determination and dedication of the management on the company’s business and opportunities even as the market analyst and investor is less confident. Public sector units (PSUs) are generally very genuine and serious to use buybacks to improve shareholder value and boost investor’s confidence. So when a PSU goes for a buyback, it makes a case for a closer evaluation. Due to current stock market correction and sudden fall in stock prices from September 2018, some PSUs have announced buybacks and they are worth a look.

As soon as the buy back announcement came from the management of Nalco the stock just started zooming up with a gains of almost 10 percent. During the stock huge turmoil from past few weeks in the stock market particularly in the mid and small caps space, Nalco, the state-owned aluminium producer had fallen by almost 50 percent from its top to a valuation of 6 times based on FY19 estimated earnings.

Nevertheless, after the carnage and huge slump the company has shown its intention to buy back shares. This could be a welcome move in the eyes of investors considering the company is sitting massive cash of 3,000 crore and cash equivalent or about 30 percent of its net-worth. Even if a smaller portion of the funds will be utilized by the company for the buyback, it will provide a huge lifeline and positive to its share prices as well as improve its return ratios. It could prove to be a value addition and boosting investors confidence step considering that the stock is currently offering an earnings yield of close to 16 percent.

Among couple of shipyard companies in india, we have always given first preference to Cochin Shipyard as a superior capital allocator. So if the company is coming out with a buyback in the current weak market conditions, after listing barely a year ago, it proves that so damn genuine and dedicated in their businesses.

Cochin Shipyard is a zero-debt company and currently sitting on huge piles of cash of about Rs 3,000 crore, almost equal to its net worth and 57 percent of its market capitalization.

Unlike its competitors, the company has solid expansion plans considering its order book of close to Rs 12,000 crore or about 6.5 times its sales. It is continuously keeping on investing in new shipbuilding facility and increasing its ship repair capacity, which will utilize a considerable amount of its cash.

After all that it will be still sitting with considerable amount of surplus cash in the interim and going for a larger buyback could prove to be a right step in terms of reducing its cash and improving its return ratios. It has a market capitalization of almost Rs 5000 crore. A buyback of even 10 percent of this would require at least Rs 500 crore, and reduce the net worth thus improving its return on equity, which stood at 15 percent in FY18, largely because of the cash on the balance sheets.

Moreover, the stock is currently trading at an earnings yield of close to 9 percent based on the current year’s estimated Earning Per Share of Rs 32. This is far superior compared to the yield on cash, which after adjusting for the taxes makes little room for parking money in the banks and other short-term debt instruments except for the liquidity.

NLC’s stock has seen one of the deeper and steeper correction of all times this year and is currently trading at 5.5 times the trailing earnings. The dividend yield of NLC is close to 6 percent.

Formerly known as Neyveli Lignite Corporation, NLC is into lignite-based power generation, sitting on a massive cash flows on balance sheet of Rs 800-1,000 crore having a debt to equity of 1.3 times, which is one of the lowest in the power generation industry.

In fiscal 2018, the company reported a 16 percent return on equity (RoE), which is depressed because of the cash on books and a capital work-in-progress (WIP) of Rs 8,200 crore or 60 percent its FY18 net worth.

The core business is making far better Return on Equity and once the capital Work In Progress is converted, this will start reflecting on the balance sheets in coming quarters and that will also improve growth prospects as well as return ratios, which are currently ignored by the market.

While huge amount of Work in progress and slower business growth in revenues terms has been the main reason that investors were avoiding to invest in the company, off late the prices have fallen due to the market crash 2018 in mid and small cap stocks.

Now as a result the company now announced a buy back its shares at Rs 88 a share for an aggregate amount of Rs 1,249 crore. This will reduce the equity by almost 10 percent and funds for the buyback will be utilized by the through surplus cash in the balance sheet. Moreover, this will be value attractive as its shares are currently offering a close to 18 percent earnings yield as against the 8-9 percent it is making on its cash.