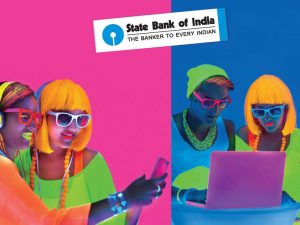 The bank announced a net profit of Rs 9.45 billion, which was lower than the Rs 15.82 billion reported last year. Nevertheless, the profits were still better than analyst, experts and street expectations.

The Gross and Net Non-Performing Assets (NPA) stood at 9.95% and 4.84% respectively. Both the figures showed improvement bit from the June quarter’s level of 10.69% and 5.29% respectively.

The gross NPA was still marginally higher than the September 2017 quarter level of 9.83%.

The quarterly earnings have shown a good improvement, especially the net profit numbers, which would have remained in the red for fourth straight quarter if not for a one-time gain of Rs 10.87 billion from the sale of investments in its general insurance and merchant banking businesses.

Keeping all that exceptional there wasn’t anything major and suprising which stood out in the quarterly results except one thing – the management commentary and takeaways.

SBI chief Rajnish Kumar gave optmistic and positive guidance on bank future and performance.
He Added ‘We have complete control over the demon of NPA’
‘Though the profit is modest, there is no looking back’
‘From here on, this number will only be bigger and better’
Kumar reiterated his belief that a pick-up in resolution of stressed accounts will help improve profitability for corporate lenders.

Now whether this may happen in future or not we will have to wait and watch. But the confidence and positive approach with which he gave the guidance to the analysts and media made me reminded of the famous lines by ex-SBI chief Arundhati Bhattacharya.

Here’s what she had said in an interview in a press conference on 6th July 2017.

‘But from FY19, we will be much better. So therefore, I urge you all to buy our shares now. You won’t get it at such a price later.’

A company senior official later clarified that the statement made in the interview wasn’t quoted in the right perspective and it wasn’t intended as a recommendation to buy the stock of SBI.

Every time i just tell all the traders and investors that I would never recommend or advise that anyone should buy or accumulate a stock based only on what management is saying. But I know many people who buy shares simply because the management makes positive commentary and big false commitments only to calm the analysts about the future of the company.

What would have happened if one had entered the stock after 6th July 2017 considering the positive management outlook and optimistic approach by the SBI Chairman?

The price action clearly shows and suggests that the stock hasn’t gone anywhere from last one year. It has traded in a broad range of 240-340. Most of the action is in the lower end of this trading range.

James Montier, who was the co-head of Global Strategy at Societe Generale, has written a couple of books on behavioural finance.

In this book, Montier writes and shares seven sins of fund management. Anyone who is meeting the mangement of companies. He believes one must overcome five psychological hurdles if meeting companies were to add value to an investment process. The insistence of spending hours meeting company managements is bizarre from a psychological standpoint.

First, more information isn’t better information. So why join the futile search for an information edge that probably doesn’t exist?

Second, corporate managers also suffer from cognitive illusions like the rest of us. Their views are likely to be highly biased.

Third, we all suffer from confirmatory bias and look for information which agrees with us. So rather than asking hard questions which test our views, we tend to ask leading questions that tend to generate answers we want to hear.

Fourth, we have an innate tendency to obey figures of authority. Analysts and fund managers normally find themselves overawed in front of managers who have reached the pinnacle of their profession.

Finally, we are simply lousy at telling truth from lies. We think we are great at spotting lies, but data shows otherwise. We generally perform in line with chance or probability.

Now if you think seriously it would be extremely a difficult task for anyone to keep these biases under check. If you can do that then you could meet and listen to managements strategy and approach.

But if you can’t, then I advise you simply track the price action like I am doing from past so many years or on other hand try to analyse the stock movement through hardcore technical research. After all that’s all that is important to a trader – Bhav Bhagvan Che.

Now if you come back at this year quarterly results of State Bank of India. What does its price action indicates? Will it become bigger and better from here like management is promising?

From past couple of years i suggest all my friends and followers that you should never marry a PSU stock. A government generally uses and exploit PSU stocks to put their own interests first and do what’s necessary to get votes and not build wealth for shareholders in the long run.

Right now you go to nse or bse website and just open the chart of State bank of India. SBI hasn’t gone anywhere over the last 8 years. The stock hit an all-time high of 350 in November 2010. After that still it hasn’t crossed the same levels or made a new top since then.

It has mostly traded in a broad range between 140 to 340. The middle level of this range is placed at 240. The same level has acted as a resistance as well as supports multiple times on various occasions.

Technically speaking As every trader and investor will be having one question in mind will it zoom and go beyond and cross the level of 340 decisively or again might crack below 240 which is major and big support and may further fall till 180-200 levels. I always keep my eyes wide open on any such developments and update my followers so they can take the maximum profit from price action in fundamentally strong stocks.