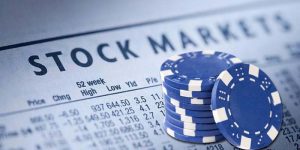 Today i will tell you one thing, I have no crystal ball or been god gifted with special powers for predicting, and neither does anyone else. And investing your capital which means your hard earned money on the dependence of such pretentious ‘crystal ball predictions’ is the best way to lose your investment in the stock market.

Over the years I have seen small caps skyrocket in a span of weeks and months. And I have seen them crashing badly in a matter of days or weeks. Each time such ups-and-downs have happened, they’ve always been shocking and unpredictable.

When I entered stock market, I’d often been attracted and influenced with people who tend to give predictions. But after couple of bad experiences where i burnt my hands, today i am saying that even I do not know what’s going to happen in the markets in the short term.

And this is the real truth – no one knows. In fact, if you think about it, there wouldn’t be any market cycles to begin with if these things could be predicted. Market predictions just don’t work.

But I will tell you what really works is hard core researching the company business model and the sector very well, meeting the top managements, and building a margin of safety in the estimates, valuations and assumptions while picking a stock. If your small cap stock is backed by a strong business growth and you’ve bought it at a good valuations, then you have absolutely no worries despite all the ups-and-downs in the stock market.

1). Never be Overconfident and Don’t Take Market for Granted

After witnessing massive bull run and huge amount of inflows by foriegn investors in 2017, majority of market experts and broking houses welcomed 2018 hoping that the party would continue through 2018. Unfortunately, it was euphoria which vanished after Union Budget in first half of 2018 and as a result year 2018 became unpredictable and full of surprises. So, my important advice to everyone is to always respect the price and market and never be overconfident and don’t take Indian stock market for granted.

2).Predictions Are Only Probability and not the actual outcome

As we are now winding up the year 2018 and going to enter 2019, there’s going to be a huge amount of market forecasts and predictions telling you what to do and what to buy or sell in 2019. I am just giving you a piece of advice please don’t blindly follow them completely. You observe them, Understand the underlying strategy, than do lots of research and than jump to any conclusion. But never take the predictions too seriously and follow them without investigating. Do you know anyone on earth who made absolute perfect and accurate predictions for the trend or movement of crude oil prices, interest rates, forex rates, inflation, capital flows, economic growth in 2018? Well, there can be a few market gurus who get it right once in a while. But understand that the economy and financial markets are too complex and dynamic in nature to fit inside the rectangular boxes of excel sheets.

Never Judge and buy any shares of the company from the Value of a Stock or from Its Price Tag. You can burn your hands very easily so always look for other parameters before investing in any company. Actually its a human behavior that when you go to a restuarant we order the dishes from the menu card which are expensive. And also when we go for shopping in a mall we tend to buy clothes or any stuff which are expensive. But franly speaking price is expensive that doesn’t mean that it would be the best sometimes we have to look at other aspect means that it should be worth it and also value which it will create. Sometimes we also think that we are getting a share or any other stuff for cheaper price that doesn’t means it is invaluable or cheap quality.

However when it comes to stock markets, most investors are guilty of this behaviour and should really think the other way round. Whenever they see a stock price in an uptrend, they should not think that it has high value and are ready to pay higher price. In the same way, they dump stocks that are massive falling in a bear market.

The problem with this behaviour is that one’s focus is purely on the stock price, and not the underlying asset. So, many investors who loaded up their portfolios with market darlings of 2017, faced the turbulence of the market in 2018.

When you go for building your portfolio for your long-term investments in 2019, I always advice you never pay too much importance to whether the stock is in an uptrend or a downtrend.

Lot of investors really felt that they missed the bus in 2017 and they just jumped with massive investments all at one go. As a result they became losers because they were trapped when the market just started its correction. It is always favorable to buy on dips for building long term portfolios. Investors who jumped in the first leg of market correction were severely punished because they bought everything in first instance rather buying on dips. They were assuming and expecting that the bull run of 2017 will continue very strongly after the first correction but they ignored the macro factors which were building up on other hand that resulted big bloobaths and crashes throughout the year. Always inherit one thing that do is to make staggered investments at regular intervals at the time of deep correction.

Their expectation was that the previous trend would resume after they bought the first dip. But that did not happen. They failed to factor in the adverse impact of various macro headwinds. They got brutally punished because they focused more on the price correction, and not the change in the fundamentals.

The best way to invest during a market correction is to make staggered investments from time to time.

5).Buy Stocks which has Value rather Size and Popularity

I will give you recent example from Bollywood industry. Do you know what’s similar between movies of Salman Khan’s Race 3, Aamir Khan’s Thugs of Hindostan, and Shah Rukh Khan’s Zero?

They were all big banner and Mega budget movies packed with the biggest stalwarts of Bollywood. And yet they got ruthlessly trashed at the box office in 2018.

On the other hand, some low-budget movies like Rajkumar Rao ‘s Stree and Ayushmann Khurana’s Badhaai Ho  with less popular actors did phenomenally good business at the box office and became super duper hit.

I believe the fate of the Bollywood industry in 2018 is perfectly the best example and  lesson for investors.

Stocks that are market darlings and so-called blue-chips are not bullet proof. Similarly, lesser known stocks or smaller companies are not inherently high-risk bets. Pick stocks for the quality of their fundamentals, not their size and popularity.

For equities, that’s not a pretty good return. Your returns could have done better and also risk free if you had invested in fixed deposits.

But the truth is that the Sensex is not an perfect barometer of the overall market returns or performance. And hence, these returns do not evaluate the returns earned by the average trader or investor. Most investors have seen their investments diminishing in value terms in 2018.

In fact, the total market value of all listed companies on the BSE declined 5% to Rs 144.1 trillion from Rs 151.7 trillion at the end of 2017. In other words, wealth worth Rs 7.6 trillion, which is more than the market cap of Tata Consultancy Services or Reliance Industries, was wiped out during the year.

14 of the 30 Sensex stocks performed in 2018 with gains, while 16 closed with negative returns.
The top gainers include Tata Consultancy Services (TCS, zoomed 40%), Hindustan Unilever (HUL, up 33%), Infosys (up 27%), Kotak Mahindra Bank (up 23%), and Reliance Industries (up 22%).
The top losers include Tata Motors (down 60%), Yes Bank (down 42%), Bharti Airtel (down 40%), Vedanta (down 40%), and Tata Steel (down 30%).
On 24 December 2018, there were changes in two Sensex stocks – Wipro and Adani Ports & SEZ were replaced by Bajaj Finance and HCL Technologies.
In conclusion, you can see that even with the benchmark index, the stock price swings have been wild. Owing a Sensex stock doesn’t necessarily mean your investment and capital is safe and protected.