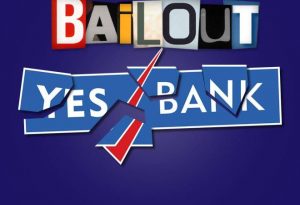 Banking stocks, particularly private sector banks, across the board, have seen some sharp corrections over the past few sessions.

Yes Bank’s bailout plan failed to assuage investor worries about the health of the private sector banking entities. The impact of the Coronavirus crisis on the economy added to the sector’s woes.

With the Supreme Court ruling on AGR dues for the telecom sector, bank stocks were literally taken to the cleaners.

The total exposure of the banking sector, to the entire telecom sector ranges between 1% to 2.5% of the total loan book. So, banks across the board are expected to see a surge in gross NPAs over the next few quarters.

While the pressure of NPAs will be an overhang on the stocks’ valuations over the next few quarters, we believe that none of them warrant an alarm of liquidity crisis, like in the case of Yes Bank.

Here is an update on IndusInd Bank which has been the worst affected in the recent crash.

When we recommended IndusInd Bank in 2017 (became actionable in 2019), with a relatively smaller base of deposit holders, the bank was capitalizing on India’s high savings rate with its suite of innovative products. Offering frills like customized account numbers and flexible currency denominations at ATMs, allowed IndusInd Bank to gradually but firmly differentiate itself. Relying on its technology edge, the bank not just grew in size but also profitability. And most importantly, with strict risk and cost controls in place, IndusInd trekked on the path laid by HDFC Bank with relative ease.

Further, by 2017, when the banking sector was already feeling the pinch of NPAs and static demand for loans, IndusInd Bank, like HDFC Bank, was reporting nearly 20% growth in profits, year on year, with minimal incremental delinquencies.

Therefore, our logic of recommending the stock of IndusInd Bank as a Rebirth if India stock was that it was well capitalized and positioned to ride India’s financialization megatrend. We were also reasonably conservative in our NPA estimates for the bank.

However, the IL&FS fiasco and the divergence of NPAs brought to the fore some facts that took a huge toll on estimated assumptions of the bank’s asset quality.

In recent months, the stock of IndusInd Bank has also corrected sharply due to the fear of NPAs from the exposure to the telecom sector. Also, while the telecom sector exposure is restricted to 1.2% of its total book, and fund-based exposure to Vodafone India is Rs 9.9 bn. With the IL&FS and housing finance related bad loan pressures hitting the bank, its gross non-performing assets (NPA) ratio touched 2.2% in December 2019.

The bank’s total exposure to the three main stress sectors – real estate (including lease rentals), telecom and gems and jewelry stands at about 13% of the loan book.

We believe that IndusInd Bank will continue to show resilience against the stress in the banking sector. The management succession at the bank has also received RBI’s approval.

We have recommended subscribers to hold on to their 50% exposure to the stock. Also, they could consider averaging out their purchase price of the stock post the recent correction.

The management is also expected to hold a conference call on the impact of the possible telecom defaults on its delinquency rates.