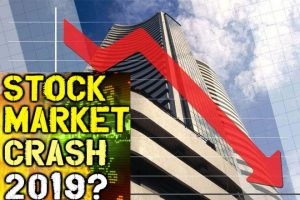 We are witnessing from the last couple of weeks ever-increasing investors and traders’ fears or panic over the coronavirus epidemic. And now since the last one week, it is now translating into a massive bloodbath across global equities. The United States stock markets have been on a very big decline since last night after investors and speculators there were left shocked and surprised by the measures announced by Donald Trump.

Indian markets today woke up to one of the biggest steep fall, as the World Health Organisation declaring Covid-19 a pandemic, and also news of the Indian government imposing a one-month short visa ban. While the number of Coronavirus cases also jumped in the recent day however in India it is still relatively low, the only concerning thing is that this will go higher in the coming days. If the government takes necessary steps similar to what’s been seen in other nations across the world, then it could control the growth further.

The developing probability of a more profound than anticipated worldwide and residential monetary effect and vulnerability over how soon it will take for the plague to fade away have joined to send global financial markets in a tailspin. Indian indices are well south of a bear market now, with the afternoon rates showing them down by approximately 20 percent from their January higher levels.

It was undoubtedly Friday the thirteenth as Dalal Street saw a bloodbath in the early hours of market opening. Indian markets hit lower circuits in the initial 15 minutes when the exchange was completely forced to shut down for around 45 minutes. Huge selling was found in benchmark indices, pushing both the Sensex and the Nifty underneath their important trading support levels.

The Nifty50 broke 8,800 levels just because of February 2017 to hit a three-year low. The S&P BSE Sensex plunged in excess of 3,000 points, its most exceedingly awful drop in three years.

The market was reacting to global factors, while February CPI inflation print was much lower than estimated, the government’s Chief Economic Adviser Krishnamurthy Venkata Subramanian said.

The lower February inflation numbers which came yesterday was on the back of a fall in vegetable prices and should still come down more to core levels by July 2020. The fall in the Indian markets was lower than the global financial stock exchanges average, he added.

One positive news came in Sun Pharma that is considering a buyback of shares, the pharma index jumped more than 2 percent. The board of directors of the pharma giant is yet to hold a meeting on March 17, 2020, to consider a proposal for buyback of fully paid-up shares, a release said. Other pharma gainers also included Aurobindo Pharma, Biocon, Cipla, and Dr. Reddy’s Labs.

The YES Bank stock price also gained 2 percent amid reports that the cabinet had cleared a draft resolution scheme for the private sector lender.

The volatility index surged over 40 percent at 59.50 level. Today VIX made a 52 week high at 59.49 !!! Now I am expecting VIX to make a top here. As I told you in the morning that Big players are manipulating and Hammering Index and stocks to just create fear and panic in the minds of traders and Investors. And today just that happened Huge spike in VIX resulted in just hitting SL of retail traders and that lead by attracting them to create Sell or Short Positions. Now see yesterday also today I am telling Shorters will be badly trapped and Market bounce will far more powerful and Bigger than fall.

The next big rally and leading sector of next Bull Run will come from all Private and Public Sector Banks whenever the markets take sharp U-Turn anytime in coming SESSIONS.
Buying and Accumulation of Bank Nifty Futures and Good Private banking stocks are ALWAYS recommended on every 10% correction. A market correction is just temporary. The majority of the traders have no good positions in any of the stocks as major Stop Loss are being HITTED due to High VIX. So now this the time to shortlist and Filter the good ones and start building good positions as the next move correlation with the INDEX will bounce fast than the fall in the market. Index and Stocks bounce will be more strong and sharp than the correction.

This stock market behavior is so gut-wrenching that I want to be like Rip Wan Winkle, go to sleep and wake up after 20 years or maybe even one year is fine. On Friday—the 13th as some people helpfully reminded—the markets opened and then were shut for trading after stock indices fell by 10percent and triggered a market halt.

That seemed to have been some sort of a holy bloodbath as markets reopened and are now trading up around 5 percent. Is this a dead cat bounce? Will it sustain till closing? Or, was the market oversold and this is some technical reaction? We can ask many questions. But we don’t have answers.

What we did was take a look at how India’s economic situation was before this black swan of a virus mopped up investor sentiment and flushed it down into the gutter. In ‘The Indian economy before the virus hit’, we look at the data and say it’s time for policymakers to boost confidence as the economy is very weak and inflation is falling.

They can take inspiration from the west, where the markets are penciling in a 100bps point cut in the US Fed Rate, that’s our Chart of the Day in action. Note that the US Fed has already announced a $1.5trillion liquidity injection plan to calm markets.

While it may seem like domestic markets have already calmed down, as they are now trading in the green, don’t take it for granted. If global markets are being buffeted by volatility, we don’t have anything special going on to make us any different.

On the contrary, we have some homegrown and domestic issues and problems. The Yes Bank episode is one. While the fate of Rs 2810 crore worth of Yes Bank bonds is awaited, some debt funds’ net asset values have fallen sharply. What should investors do?

We always believe that never be so pessimistic or get influenced by temporary negative events or news as We should always remember one thing that stock prices change the perception and when something changes overnight or instantly in friction of seconds, we always act very promptly to protect our capital and portfolio from severe damage.