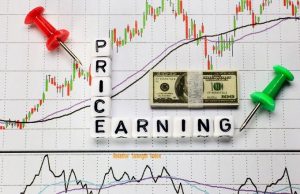 Market to consolidate in near term, but more pain ahead; Avoid high PE stocks which are most vulnerable.

As you see until now from start of the beginning of 2018 the the market’s bigger concern now is macro and that is evident from the so much deep and intense correction on dalal street and now even investors ignoring strong quarterly earnings from Nifty 50 Stocks like TCS, Hindustan Unilever and Indusind Bank.

Due to the recent turmoil in the stock market we are seeing new trend of consolidation will evolve in the medium term for next 1 year, but still there is huge probability of more downfall and more pain is left for the market.

We are seeing the mid and small cap stocks have been rattled in the market for more than six months and tremendous price correction had already been done. But sill it very difficult to call for a bottom in this space.

“Bear markets are very insane and scary in momentum; they will give you a pullback rally like a dead cat bounce and we might than would be in a illusion that we have bounced off a bottom. But it will any how go there, test that bottom, pierce that bottom and then couple of times will see a technical sell-off which thrashes out the last bulls also out of the positions. Normally when this kind of situation happens it is very painful, and that has not happened yet,”.

From last couple of days even we are now feeling that the market now had formed some kind of an intermediate bottom at 10,200 on the Nifty to trap the bulls and that shares could consolidate in the medium term using that level as a base and as a result we can see more downside in coming months.

It is clearly showing that the way market is behaving and hinting you that valuations have become extremely high and very expensive. And now the main concerns over macro factors were leading to a de-rating of the price-earnings multiples.

“Till a few months back, the market was focused on earnings recovery. But that micro-focus has been replaced by a macro and global focus, and that has become the dominating factor.

If you see the TCS results and earnings it was spectacular but the than also TCS share was correcting so the main issue was not about the company’s performance. But Over the past few months, valuations had run up so much that the stock is now trading at 22-23 times one year forward earnings, which is about the highest that TCS has traded at,”.

Now have a look at Hindustan Unilever Limited (HUL) despite the strong volume growth of 10 % in the September quarter, there were concerns about margins and high valuation. The biggest problem is that the stock is trading at a PE multiple of 50. In the current bearish framework, it takes a lot of courage for an investor to buy anything at such a valuation.

We are continuously advising to all our readers and followers that they should completely avoid or stay away from shares of non-banking finance companies as well.

NBFCs have a long difficult journey ahead of them and if you see that massive price correction has already happened and current valuations reflect the new reality of the sector.

Even so, why would you buy NBFCs when you know that the overall growth trajectory is going to come down, their margins will be under pressure because of higher funding costs and generally liquidity will be tight.

We are really concerned and advising to everybody that any pullback or Relief rally in NBFCs comes it has to be used as an exit opportunity where they can shift their portfolio to good quality private sector banks.

“There is a feeling that over the next 1-2 years, private sector banks will be able to reclaim some of the market share they lost to NBFCs because NBFCs are surrounded with lots of problems and liquidity crisis of their own.

Companies which are trading at very high PE.

Currently the stock is trading around Rs 1280 with a P/E of 54.
Stock is trading at 14.26 times its book value
The company has delivered a poor growth of 9.88% over past five years.

Share of the company is trading around Rs 300 and at P/E of 57.
Stock is trading at 12.48 times its book value.
The company has delivered a poor growth of 9.87% over past five years.

Stock price of the Company is around 425 and with P?E of 44.
Stock is trading at 7.24 times its book value
The company has delivered a poor growth of 10.45% over past five years.

Share of the company is trading around 1250 with a P/E of 60.
Stock is trading at 14.87 times its book value
Promoter’s stake has decreased

Share is trading around 950 with a P/E of 49.
Stock is trading at 8.08 times its book value
The company has delivered a poor growth of 7.37% over past five years.

Share price of the company is Rs 450 with a P/E of 61.
Stock is trading at 10.08 times its book value
The company has delivered a poor growth of 8.29% over past five years.
Promoters have pledged 42.02% of their holding

THE OTHER SIDE OF THE COIN

If you see that from listing Avenue Supermarts IPO it has shown a stellar rally and which has has raised lots of questions and debate over fear about stocks with high multiples. Are high PE stocks to ignore? Do they generally fall out of favour quickly and should investors avoid them just because of stratospheric multiples.

Conventional investing would suggest yes. But a closer look at the history of high PE stocks shows investors have nothing to fear just because a stock is trading at high multiples.

Shares of good companies have always traded expensive but still managed to make money for their investors in the long run. Several investors are comparing D-Mart with Wal-Mart, given D-Mart’s similar business model and management DNA. But what many forget is that Wal-mart shares were very expensive in the early 1980s. In 1983, for instance, it traded at a PE of 45 times high for a retail stock. But what is important from the investor perspective is that it gave 20% CAGR returns.

Titan which is India’s largest listed jewellery company and organized retail player, started off with extremely high multiples in the first decade of the 21st century. Average price to earnings multiples in 2005, 2006 and 2007 were 57, 51 and 53 times respectively. In 2007, the stock traded at 80 times. But look at the returns and you will be stunned. Since 2007, the stock has returned 700% or 23.2% annually .

Another iconic example is Multinational company Nestle India. In 2010, Nestle’s share prices traded at an average PE of 45. And following five years, the share prices more than doubled giving an yearly returns of more than 17%.

Avenue Supermarts stellar rally its high valuations has made many believe that the stock has reached its peak and may not generate good returns for investors from this level. But if one has to disregard the near-term volatility and take a longer-term bet, the stock can make good money for its investors despite appearing expensive.

PE multiples can sometimes be misleading or make you some worst investment decisions. Eicher Motors, despite trading at more than 50 PE in 2013, has generated 33% annual returns in the last four years, outperforming other two wheeler companies, such as Hero Honda and Bajaj Auto and on ther hand also traded at below 20 times that year.

Maruti Suzuki is also a classic example. In 2015, its average PE multiple was 33 and that of Tata Motors was 9. From that period till now, Maruti has gained 50%, while Tata Motors had given negative returns.

The common thing amongst all these expensively traded companies that generated wealth for investors is high earnings visibility for the next several years. In case of Avenue Supermarts, earnings growth rate for the past years has been 55%. Even if the company delivers a 35% compounded growth for the next three years, it will trade at 35 times FY20 estimated earnings. A multiple of 50-55 would mean that the stock can give a return of 50% from here in the next three years and an massive 70 times.