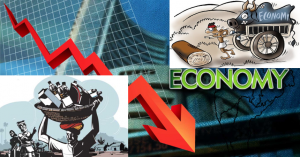 People in rural India are holding back on items such as clothes, hair oil and biscuits, Business Insider reports, citing multiple research reports. That’s largely because rural wage growth reduced from 14.6% in 2013-14 to just 1.1% in 2018-19, an SBI Ecowrap study shows. Biscuits as a category, for instance, is growing at just 1%, while 833 million rural Indians have all but delayed buying clothes. Although the government has kick started efforts to boost the economy, experts say that the stimulus won’t reaches rural areas immediately.

Consumer firms are widening rural reach to tide over the slowdown and regain volume growth in the coming months.

Rural Indians are the worst affected by slowdown…and the last to recover, if at all.

The market provides for a rural aggregator to be able to commit to the distribution needs of the FMCG players collectively, at an opportune cost.

It is pretended and the statistics says they economy is slow down. All types of industry will be loosing their business and turnover will be droop down except IT industry. The job cuts are continue in FMCG, Infrastructure, Motor Vehicle, Agriculture etc. industries.

The narrative of a FMCG slowdown may be true at the industry level but individual results show that some companies are not taking a slowdown for granted.

If a brand like Parle has taken a call to de-scale instead of fighting it out, it speaks a lot about reduced confidence of industries in Indian demand and economy. I so hope I am interpreting it wrong.

Ramp-up of the Rural Footprint is going to be the key for Fast Moving Consumer Goods players to keep up with the growth pressures in the coming times.

Parle, “India’s biggest biscuit maker, may cut up to 10,000 jobs as slowdown bites.”

From what’s been noticed, it’s a direct hit of Goods and Services tax to have no different tax-rates on either category of a biscuit-products from premium- to lower-priced range which is 18% current, as against to 12% and 5% respectively before changes were imposed.

With the Indian economy going for a rapid downfall all industries are suffering equally. We have seen automobile, textile, FMCG and many other industries affected. In addition to these the vendors attached to the parent company are suffering huge losses too.

That said, more than half of the company’s sales comes from rural markets which implies to have more focus on lower-priced range products. Hence is likely sensible that irrespective of any changes in govt.-policy, -tax, or other unprecedented economic factors; if likewise #brand wants to remain sustained they must’ve to be ready with significant #strategy, #planning, or #innovation in this day & age to maintain legacy reputation since customers have presumed to trust the providence of product quality with good constant price.

Re-evaluation of the forecasted FMCG growth in India from 12% to 9% in 2019, where Food stands at 11% and Personal Care at 8%.
It is largely dampened by overall volumes and, slowdown in rural growth!

Will the government ease out certain policies to help the sector in the near term?
If company, as in this case, don’t adept to take critical steps towards in-front current/future implications but rather become dependable on govt. to seek changes according to them or suddenly increases price, then such eventual downfall in #sales and impact of lay-off is inevitable.

What do you think should FMCG brand likewise Parle would’ve done to flexibly mold themselves with changes beforehand to deliver?

Actually in Real sense Indian Economy is at 17-year-low on index. Today the magnitude of slowdown is felt to be massive and gigantic. Taking the inflation in to consideration Indian #economy is expanding at 5 % while Gross Domestic Product is growing by 4.9 %.

Consumption & Investment both went down to the lowest point. This slowdown in Indian economy could get prolonged as lead indicators are not suggesting an immediate revival.

Do YOU feel the same?