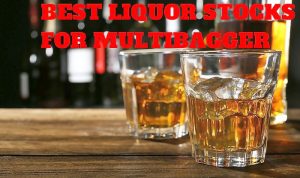 Alcohol intake in India is up by 38 per cent in last 10 years, shows data.

The total alcohol consumption in this time period went from 21 billion litres to 35.7 billion litres, a whopping 70 percent increase. The report also predicts per capita consumption of alcohol to increase to 7.6 litres by 2030. The highest recorded …

The report indicated that the prevalence of abstinence fell from 46 percent in 1990 to 43 percent in 2017 and forecast that the number could reduce to 40 percent by 2030 as the proportion of drinkers increases.

By 2025, total alcohol per capita consumption (15+ years) is expected to increase in half of the WHO regions, and the highest increase is expected in the South-East Asia, with an increase of 2.2 litres alone in India.

Given India’s complex governance structure, part of the main issue is that there are no central measures to curb alcohol abuse. While the legal of age of drinking in most states is 25, in some for certain drinks, the legal age is 18, meaning that much of a lead in addiction development. Some states tax alcohol more than others in a bid to curb consumption, while some, like Bihar and Kerala, have experimented with prohibition.

If you see India’s prefers and are more attracted towards hard liquor such as spirits and wines than the less potent brewed beverages such as beer ( which is the more popular alcohol beverage of almost all the other countries in the world.

Indians are drinking more and spending on premium alcohol, said Abhishek Khaitan, the managing director of Radico Khaitan Ltd., a market leader in vodka with its Magic Moments brand.

The Indian distiller which was founded in 1943, started selling branded products in last 20 years. The company Launched its Magic Moments vodka brand in 2006, added more premium products and new flavors. These along with its branded whiskey, rum and other spirits have attributed to its profitability. Profits jumped more than 52 percent last year.

Khaitan is forecasting massive growth of about 8 percent to 10 percent for the spirits industry over the next three to four years. He expects vodka consumption to gain strong momentum in India and its share to triple over the next ten years from about 3 percent, spurring demand for Magic Moments. Vodka accounts for close to 30 percent of the global spirits market, he said. Over the last five years, the company main goal is to become free cash flow company and reduced its debt to 3.7 billion rupees as of Sept. 30, he said. It plans to have no working capital debt over the next year and a half and become a debt-free company.

During elections, few states also strictly prohibit the amount of liquor one can purchase.

Investors have started accumulating liquor stocks as there is a very old logic that alcohol demand is on very huge scale during elections. However, past data and the recent management commentary don’t support any logic like that. Even if there is a rally in the stocks, investors should use the opportunity to exit as valuations are stretched and several states which has huge burden of debt are going to tax more in form of increased duties on liquor, said analysts.

During elections some states also strictly restrict the amount of liquor one can buy while distribution will also be affected as trucks are commandeered by political parties for rallies, said analysts.

United Breweries said elections are a big disruptor to the beer business which is effected by the simple fact that there are closures of outlets during voting, prior to counting, post counting besides restrictions on breweries in terms of hours that they can operate.

Starting from April, 2019 is Election period in India, It is reported that Lok Sabha Elections is one of the most expensive elections in the World ever and we are predicting that there will huge spending and buying of Alcohol for liquor consumption.

We have Six major liquor players in India on which we are betting big and have full potential to become Multibaggers in next 5 years.

YOU CAN READ ALSO READ